My garage door closed one evening and would not open due to a broken spring. W were unable to manually get the door open (one spring was still working). I found Able Services via Angies List and called them, they responded promptly and said I would be third on their list the following morning.

The service tech called about arriving early, made a fair and accurate assessment and estimate of the cost. He suggested replacing both springs rather than just one, I already knew this was an accurate recommendation and followed his advise. 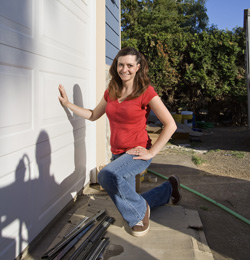 Not finding the answer to your service, repair or maintenance question? Send us your question and we will get back to you as soon as possible.

Ask us a question

MORE Do it yourself

As Always, Your referrals are welcomed & greatly appreciated.